Select Entertainment from a Hotel 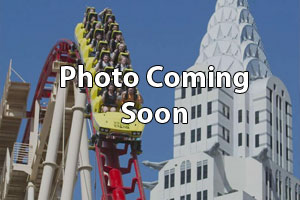 Located next to the busy southwest corner of Spring Mountain and Las Vegas Blvd. and sandwiched between its sister site to the north, TI, and Caesars Palace to the south, the Mirage is a staple of the Strip and home of some impressive attractions. Perhaps the most well known is the street side free attraction, the Mirage Volcano. The volcano fits nicely with the mirage tropical paradise theme and has been one of the most popular free attractions since its inception in 1989. And today the volcano is better than ever, having recently received a $25 million upgrade with more fire, better sound, and a better show all together. Construction has been completed on the new volcano and it is more popular than ever.

It blasts off over half and hour from dusk until 11 p.m. weather permitting. It features all of the sounds of a volcano, real fire shooting through the air, and the water surrounding the volcano turns a magma-esc red. No it’s not a real volcano, and yes people do ask, but the fire is very real and you can feel the heat of it from the street when it goes off.

While chaotic in appearance like a volcano should be, the creator based the fireworks on tribal dances and cultures surrounding active volcanoes in tropical locales. WET, the same group responsible for much of the logistics behind the Bellagio fountain show, is responsible for the state of the art computer system which controls the sound, fire, and other sense-awing visuals. The whole production is planned on VirtualWET custom software prior to shows.

This is a must see for anyone staying in Las Vegas.

MirageAttractions
HoursBegins at 7:00 p.m. and runs every hour on the hour until 11:00 p.m.
Dress CodeFree